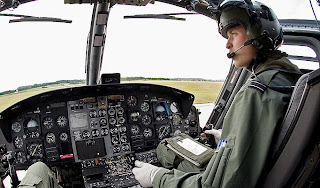 This is the kind of headline you'd expect to see on a supermarket tabloid but it's true. In the new year Will and Kate will be eight thousand miles apart. Not from choice. He is being deployed for helicopter search and rescue training in the Falkland Islands. And if case you don't know where they are, they are tiny bleak islands in the South Atlantic Ocean just off the coast of Argentina. They have been settled by the British for more than a hundred years, but Argentina still claims them--hence the Falklands war about twenty five years ago. It was a short, bloody conflict in which a lot of badly trained Argentinian troops faced crack British units with inevitable results. So maybe it's not the smartest thing to send Prince William there to bring world focus to that region and stir up old wounds. In fact there have already been mutterings of an "Act of agression" from certain Argentinians--especially now that oil has been discovered nearby. Stay tunes!

It won't be any beach jaunt for Wills--unpredictable weather and absolutely nothing to do in the evenings, literally stuck at the end of the Earth. Rough terrain with sheep. And really tough flying conditions. That's what William will be facing for eight weeks.  A lot like Angelsey in winter, actually. And poor Kate will be getting all the scrutiny, not to mention the ongoing speculation as to whether she's pregnant.

The pregnancy rumor started when she wouldn't eat something that contained peanuts the other day. I suspect she won't remain alone at the farmhouse in Anglesey while Wills is away. Maybe go home to her parents (or the in-laws?) as their future apartment at Kensington Palace isn't quite ready for them yet.
One thing that's clear--they will miss each other desperately. They haven't been apart since the wedding and still have that radiant happiness.
Posted by Rhys Bowen at 11:05 AM