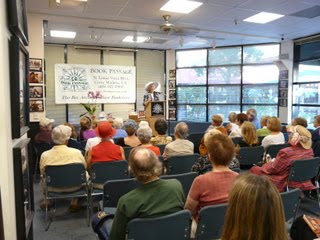 Tomorrow I set out on a book tour--nine cities in nine days, drop in signings, events, a lunch, a dinner and little time to breathe--and no time at all to launder clothes.


I've done this before so I know what I'm in for, especially the car arriving at crack of dawn to whisk me to the airport. And I've learned from my mistakes, especially fashion mistakes. I don't mean that I've ever shown up with clashing colors or last year's leopard print, heaven forbid, but I've learned the following:


If you only have one white top, the plane will hit turbulance the moment you sip coffee.
Or even worse, what happened to me in Los Angeles last spring. I arrived at the hotel early, went to get a coffee and sit in the courtyard. The person at Starbucks must have been new, or not liked the look of me. As I picked up the cup the lid came flying off and with it hot coffee all over me. I mean all over--white turtle neck, pants and, worst of all, my lovely red leather jacket. I grabbed napkins, rushed to the nearby fountain and started sponging the jacket furiously, all the time believing that it was either ruined or I was in for a very expensive cleaning. Miraculously the patient sponging worked and there are only a couple of specks still visible. But the turtle neck and the pants were useless for the rest of the weekend.
So
what I've learned is always take one spare neutral top and one spare pair of black pants because you never know.

Like the time I was on a mid day TV show. I finished my segment but I'm sitting on one of those high stools and I can't leave when the host announces that next we're having a cooking demonstration. The chef makes a very red pasta sauce, very oily, tomato type sauce. He pours it over spaghetti and then--he hands me some to eat. On camera. With my white shirt on.  Okay, so I've never been the best spaghetti eater and with the world watching me slurp it in while sauce drips down my front was not one of my favorite moments. So I've learned: PRACTICE PRETENDING TO EAT.
Also I've learned. 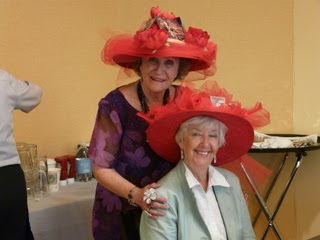 Never believe in weather forecasts. Last weekend I was in Portland. I checked the weather and it was predicting hot all weekend. It reached 90 the first day I was there. However, when I set out for the airport on Sunday it had dropped to the 50s and I froze.
Just because the outside air temperature is one hundred does not necessarily mean it won't be arctic in the hotel, and the air conditioner will invariably be directly over the place where I have to stand to give a speech.
So
Always take along a shawl, pashmina in the carry on for those freezing planes, a long sleeved shirt when you think you'll only need short and a sweater.

My big fear is that I'll wear the same outfit at the same store two years in a row. Fans always come up to me with pictures they've taken of us together on the last occasion. How mortifying when I look and see it's the same jacket! They must think I only have one. I should keep a fashion diary, but who has time?

So I hope I'm prepared--I'm going to be hot in Scottsdale and Houston, cold in Seattle and who knows in places like San Diego and LA? And I'll be going from air conditioned car to heat to air conditioned bookstore. So I've learned never wear fabric that turns into a limp rag with humidity. I'll try to post pictures along the way so you can see whether I've succeeded or not!