So many friends, on Facebook and in the real world, have told me they are suffering from Downton withdrawal and don't know how they are going to get through a whole year until season 3 starts.
In this world of fast paced action thrillers it's interesting to me why this series has grabbed so many people, especially in America--a country that threw out royals long ago and prides itself on it's "I'm as good as you are" mantra.

I suppose it has something to do with being fascinated with something we've never had. The big house, the rituals of dressing for dinner, going hunting, garden parties and oodles of servants. It all sounds so impossibly glamorous, if one were of the right class. Getting up at five to carry up the coal and light the fires wasn't such fun, as my heroine, Lady Georgie finds out in the book Her Royal Spyness. For those of you who haven't read it yet, she decides to escape to the family's London home, without servants, for the first time in her life. It is a steep learning curve as she wonders how the milk arrives on the doorstep, how to light a fire (and how to get into the dreaded coal hole) and how to make even the most simple things like tea and toast.

We love the luxury and the glamor of Downton but obviously it is the inter-personal relationships that have gripped us this season. Star crossed lovers, (Mary and Matthew, Anna and Mr. Bates) evil schemers, and the heightened atmosphere of war and then the great flu epidemic. I have long been fascinated with World War 1, fascinated and horrified, that is. It robbed England of a whole generation of young men. Those who survived were often badly damaged physically and mentally. The war was the most inept fight in the history of mankind. Generals who had commanded cavalry charges directed soldiers as if there were no modern weapons. 50,000 men were lost in ONE DAY as they were ordered over the top and were cut down in wave after wave.

The other thing that was so horrifying about that war was that it was so close. The major battles were fought just across the Channel. Young men could be home on leave, eating strawberries and cream, one day and back in hell the next. It's no wonder there were so many mental breakdowns.
I wonder how they will keep up the intensity next season when there is no more war? Obviously Irish independence will come into the story, and then the general strike of 1926  Will they get as far as the crash of 29? The Great Depression?

This is the time I write about and again find so fascinating because society hangs in the balance. In England they have already experienced the 'war to end all wars' and yet nothing has changed. In the 1930 census the largest employment category was "domestic servant." It would take WWII to finally make Downton Abbey impossible to continue as power and coal shortages make big houses impossible to heat and returning servicepeople refuse to go back into domestic service. The only stately homes that have survived have done so by turning themselves into tourist attractions, adding amusement parks, zoos to their grounds and opening the place to the public. Never more will that class be shielded from the real world around them! 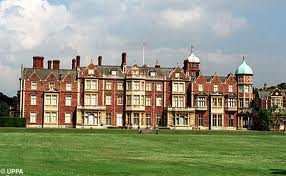 And if you are having those withdrawal symptoms, do check out my Royal Spyness books. There are plenty of great houses, beautiful people, intrigues as well as an old Cockney policeman and the worst lady's maid in the history of servants.
Posted by Rhys Bowen at 7:40 AM