Who needs a hero anyway? 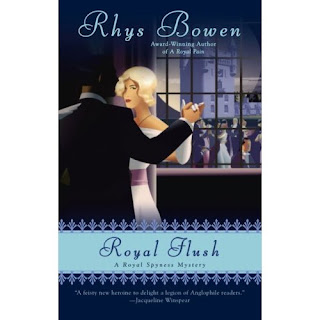 I was moderating a mystery panel on Saturday (what I meant to say was a panel of mystery writers. There was little mystery about who we are!) when one of the audience asked whether we felt that a female sleuth needed a significant other. Good question and one that has been hotly debated over the years. And particularly interesting to me as I'd just been discussing the dark and brooding hero in my blog.

Some people love a little romance in their mysteries, others feel that it detracts from the story.

I'm of the former school--I love good romantic tension. I was a fan of Moonlighting, of old Katherine Hepburn movies--a strong woman yet irresistably attracted to a man she shouldn't want. I loved Charade--attracted to the enemy.
You can tell those things from reading my books, can't you? Molly and Daniel have this chemistry from day one, when he is trying to arrest her for murder, when he thinks she is married to someone else. And when she discovers the truth about him in later books, she can't stamp out that fire for him. I think it's part of what makes her an appealing character.

Ditto Georgie and the dangerous Darcy O'Mara (of course I gave him the name on purpose!) He's a man she knows she should stay away from but she can't. It adds another element of tension to the story. Will they, won't they?

On the other hand I've read plenty of mysteries in which the boyfriend cop was shoved into the story only so that the heroine can find out forensic evidence or so that there can be some good sex scenes. Sex in mysteries? Only if it is justified and doesn't slow down the essential plot, which is to hunt down a murderer.

I don't think a love interest is essential. Kinsey Milhone makes a fine loner in the tradition of the noir sleuth. I think the writer has to be true to her characters. If they are loners by nature, they will probably not have stable relationships. Take Cara Black's Aimee Leduc. She goes for bad boys who then break her heart.

But sexual tension does have its limits. One can only go on so far with the will they won't they theme. And then--if they marry and live happily ever after--is that the end of the series? Happy married life is boring, is it not? we're about to see what it does for Molly.

So what do you think? Do you like your mysteries with a touch of romance? Or do you like the tough, loner-broad sleuth, or even prefer Miss Marple for whom the word sex has never entered her vocabulary?
Posted by Rhys Bowen at 8:57 AM